5 Interesting Trades I Made in College: Buying Gold Bullion

There are five trades I want to reflect on from my college days. Each trade represents a new trading phase. And I went through many phases, much like a student who kept switching majors. I want to do political science. No, maybe programming. Hmm, but what is all this hype I hear about eastern european gender studies? Nah, I’ll do film and broadcast–I do love movies after all! But then I eventually settle on business economics because it’s bland and it’ll get me a job.

You don’t know if you’ll like it until you actually do it.
Here are the five trades.
I don’t know if I will finish this but I finished the first part and would rather publish it now before I decide I don’t feel like blogging again. So without further ado…

This is the time I went full gold bug.
It was the year 2008. What a wonderful time it was to start learning about the markets. Big banks going chapter 11. The market plunging to 10 year lows. My trading career was born in the chaos. Molded by it. You saw Too Big to Fail, you know what I’m talking about.

We all had our narratives to explain why this huge, spectacular, horrible thing was happening to the market and the underlying economy. I had mine.

2008 Peter To was a hardcore libertarian. Non-stop. This was his soap box at the time.
2008 Peter obviously knows everything about the world and how it works. And hyperinflation is so obviously going to happen, he thinks. It’s like a mathematical certainty based on the Austrian school of economics, which is always right because capitalism is the purest system and government intervention always ends badly. 2008 Peter, to his credit, also puts his money where his mouth is. There must be a way to profit off of this inevitability. So what does he do?
He buys gold, baby.
Oh, like a gold ETF or gold futures where he can trade it and avoid high transaction fees? No.
Fuck that shit. He buys actual gold coins.

Because once the economy collapses, those fraudulent paper vehicles will never deliver! Fake gold! You need the real thing that you can touch damnit!
That’s what doomgold666 on thesilverforum.com said and he has 15,000 posts in the 9 months so he seems pretty credible.

2008 Peter was also an impressionable kid. Maybe moreso than he’d like to admit. And when your conviction is only based on the sooth sayings of other self-anointed experts rather than actual experience and observation, is it truly real conviction?
2008 Peter was also a market rookie with zero experience. Would he really stayed composed if the market started to test his ideas? Would he really die on his own sword for his predictions?
Let’s see how this trade turned out, in four panels. 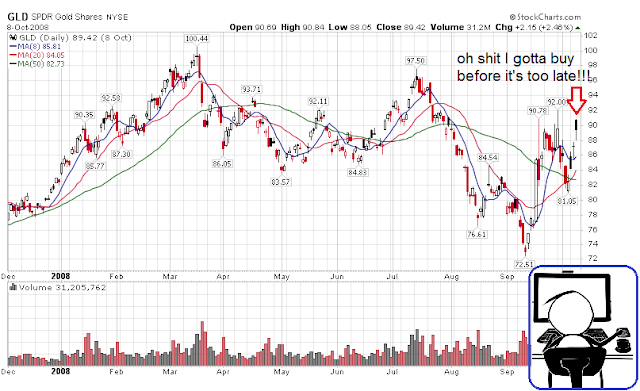 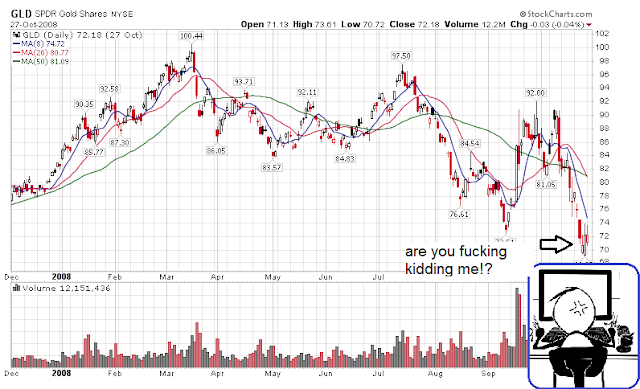 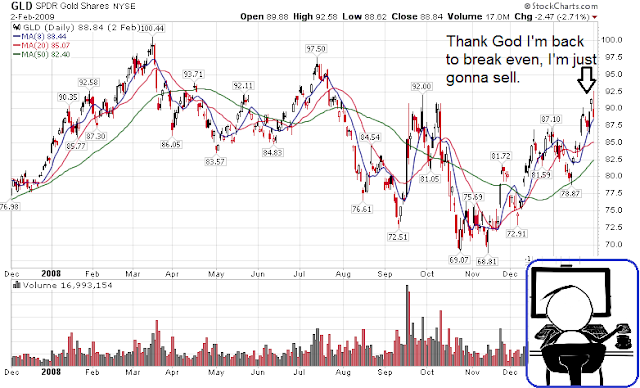 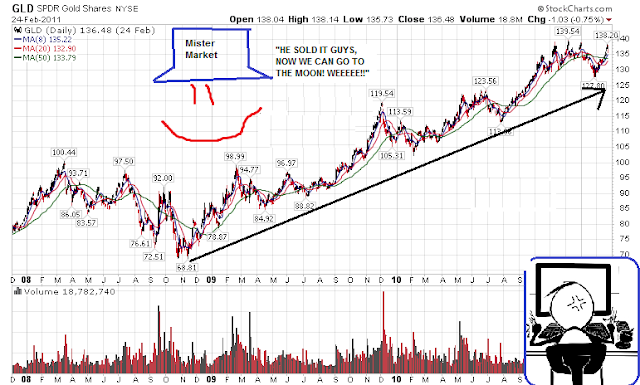 I loved those gold coins. They were like family to me. My little shiny metal children.

In those few months of drawdown, I learned that you never go full gold bug. And never make market predictions based on passionate political opinions. Only idiots do that.

It pained me to sell them but I had to let go. In those 5 months since buying, I had unsubscribed from the gold bug libertarian cult. 2009 Peter had learned the folly of his ways. He needed liquidity so he could move onto the next phase and make godlike returns from his new strategy.