The Day I Lost a Sh*t-ton of Money, Part I

Now I have to fight my way out.

The number kept getting bigger and bigger and my actions were causing it to increase at a much faster rate as well. The number seemed astronomically larger than anything I had ever seen yet true panic didn’t hit me until I saw my platform’s message log.

I turned around to see my risk manager behind me. I bet he saw it in my eyes — a self-aware lamb walking towards the slaughterhouse.

“Um. 3.50. Then I’ll get out.” I meekly replied. An arbitrary, made-up-in-the-moment number, used to feign some appearance of still being in control, as if I were still the shining beacon of responsible risk management. As if I still hadn’t yet been exposed as a total fraud of a trader.

We’re going too fast. We barely even know each other. If I’m going to share with you one of the most painful moments of my life for your silly amusement, then we have to start from the beginning. You need to know I wasn’t always a complete idiot when it comes to trading.

The Day I Lost a Sh*t-ton of Money

Background
So, if you didn’t know already, I was a proprietary trader from 2011 until March 2014. That means I traded someone else’s money. There was no salary, as I was only paid out of profits.

In early 2013, my prop trading firm switched broker-dealers and became Branch B to a larger firm — which I will now refer to collectively as Crazy Capital Group or ‘CCG’ (an entirely fake entity so as to not disclose any identities). At the time, Branch B of CCG was a fledgling trade shop mostly comprised of younger, inexperienced traders. We couldn’t hold a candle to the more senior Branch A, the original CCG roster of veteran gunslingers, whom were generating consistent 7-figure annual profits. The CCG firm website posts a scoreboard showing the top traders of the day and month and Branch A routinely dominated the space. It was like looking at the NBA top scorers page on ESPN and seeing the routine names at the top — LeBron, Durant, Kobe, Melo, Harden, etc. Trying to find Branch B’s top scorers was like trying to find the backup centers, the defensive specialists, or the 9th guy off the bench for the Nuggets — you were going to have scroll down quite a bit.

Those branch A guys just didn’t give a shit. If they loved a trade, they wanted to push all-in. Since they were good, it would usually work out more times than not. And if it didn’t? Oh well, it was someone else’s money anyway. 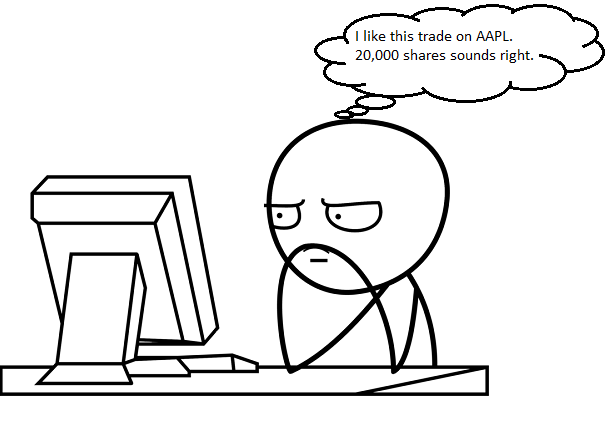 We idolized them. We wanted to be where they were but the path to get there seemed endlessly distant. Too many of us, myself included, were cut from the same cloth — momentum scalpers who didn’t want to take pain. Risk small, earn small. 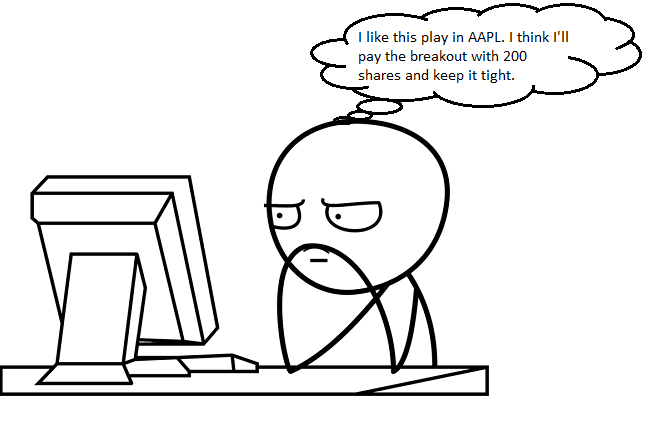 We needed to find easy money where we could scale up… but where? Volatility had been drying up since early 2009. HFTs were creating all this fake intraday whipsaw. Where could we find magic ATM stocks where we could be pay offers or hit bids on size and be in the money immediately?

The Day of Fannie Mae
Even though CCG had been around for awhile, they had never enabled OTC/Pink sheets trading, for a variety of reasons — including concerns over their inherent riskiness, as well as various issues on how the clearing firm would handle it. Whenever I traded OTC stocks, I had to do it on my personal retail accounts.

On May 29th, a little stock called FNMA did something a little crazy, and I banked whilst the rest of the friends and colleagues — whom would have been equally adept at making the trade as I was — were only able to watch.

If you’ve been following penny stock trading circles on twitter for awhile, you’ll know certain tales of legend were born on that day. One particular trader profited $1.2 million in a day. When that many traders produce their largest gains on one particular trade, you know it doesn’t require some crazy genius, It’s the stock that does all the work and makes life easy.

My day was just peanuts in comparison but it was still my personal best, as I made $33,000 (with no profit split! which felt amazing). The trader across from me, who I will affectionately nickname El Chango, had seen enough. El Chango was branch B’s head trader. It killed him to see easy money slip away due to inaccessibility. He pulled CCG’s principle owner aside and pleaded for him to enable access to the OTC. 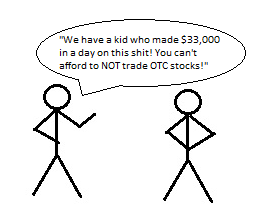 It was a simple decision. Let’s make more money.

Enter the OTC
It took awhile but CCG traders finally received OTC access around late August. We had to trade them through this clunky, obscure market-making platform called Magic Direct. I would later discover that Magic Direct had a lot of strange features, including this weird button that allowed you to long sell any stock in the market. But that’s a story for another time.

A lot of traders were feeling eager now. Not only had they witnessed my exploits on FNMA, they also saw me rake in $15,000 on bankrupt pink sheet stock AAMRQ earlier in the month. Nobody else really had much experience trading this junk, so I had to play point and take the questions regarding strategy, tactics, and execution. 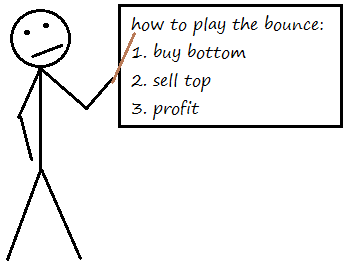 How do you make money on these suckers?

Any advice on how to get out?

Be Absolutely. Fucking. Careful… if it doesn’t work within 60 seconds. Because you might be holding onto a ticking time bomb with undefined risk.

That was the general concept, even if the play wasn’t always super clean, cut, and dry. There are always variations, of course.

All the profitable traders at the firm immediately understood what I saying. Again, we were all cut from the same cloth, to various degrees, as momentum scalpers. We finally found extremely profitable setups without the burden of having to “sweat the trade out” for an extended period of time. We could load up on one entry and be in the money right away — the best feeling in the world.

Higher scores on the arcade machine
Enter October 2013, the start of the best 6-month heater of my trading career. FNMA and AAMRQ were in play almost every other day. All of a sudden, something strange and new happened if you clicked on the firm website. Certain days, our names would make the top of the scoreboard! These kids from Branch B who can’t stand to lose more than $1,000 on a single trade were now posting up video game numbers!

Our firm also sent out daily stock reports to show which stocks produced the most profit for the firm. Anytime you saw a Branch B trader on the prior day scoreboard, you would likely see FNMA or AAMRQ in the top-5 sheet for most profitable stocks.

I was finally fulfilling my potential and even better, seeing my buddies finally earn too. Fist-pounds and high fives all around! Our managers treated us to free pizza and beer.

Even though I prioritized trading my personal account*, so as to maximize the dollars earned from these easy trades, I did make an effort to profit on the firm’s account as well. I wouldn’t admit it to anyone if they asked but I wanted to be the #1 trader for the month, at least for Branch B. It was the first sign that my ego was growing a tad bigger.
*This violated firm rules but nobody cared. The general rule of thumb is that the more money you make, the less the rules seem to matter. The best trader at the firm can show up naked and he’s not getting fired.

On November 1st, I opened the “Top Traders of the Month” e-mail with a sense of anticipation.

My ego was thrilled! It was like reading an acceptance letter from an exclusive club. Welcome to the good traders club! Ah it’s nothing. I always knew I’d make it. That time I cried in my bed about what a disappointing failure I was? Psh… never happened, the apartment just gets really dusty sometimes. We absolutely need to hire a cleaning lady.

Everyone read the e-mail and gave me an encouraging shout-out or pat on the back. I even forwarded the e-mail to my parents. 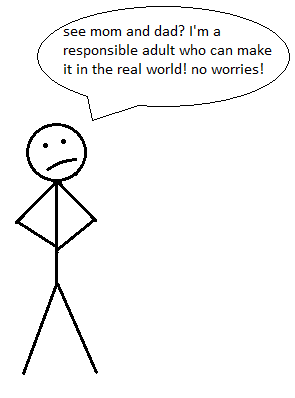 Life’s good when you’re making money.
(so why not make EVEN MORE?)